Hey guys! I hope you are doing well! Today is going to be the last mental health awareness march post! I do have a few more mental health posts coming up but this is the last one for MHAM2018! I want to say a massive thank you to everyone who got involved and I really hope we made a positive difference! Today we have a mental health story from Giulia aka The High-Heeled Papergirl http://thehighheeledpapergirl.wordpress.com, who is opening up about her experiences of mental health. This post could be quite triggering, but I wanted to share it as it is a perception of what living with MH problems can be like. 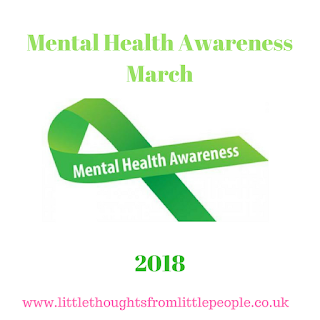 I remember back in high school, when I use to enhance my eyes with makeup that used to make it looked like I had cried. I was desperately hoping that beyond the uncontrollable laughs, people would look through the sad eyes. All I ever wished for was someone to understand.

A year ago, when I realized that moving from one country to another wouldn’t change the fact that I was depressed, I started self-harming. The physical hurting was numbed by the emotional pain. Living with a dozen other people 24/7, I so badly wanted to grow closer to some of them. I wanted them to look beyond the shyness and the silence. I wanted them to know the suffering. I wanted them to know so many other things about me. I started cutting. Although all I was wishing for was someone to notice the scars, I still felt ashamed and scared to disclose my sleeveless arms.

Months passed by. Some periods were happier than others, but regularly I found myself soul-crushed, excruciatingly hurting. This usually happened after a time when I felt empty and numb for quite a while. All of the emotions would come back crashing down on me. At some point, I found myself trapped in the consumption of alcohol. After one too many drinks, I was more outgoing and friendly, talking freely to people I had always wanted to share a nice conversation with. I felt happier. I never really saw my father, alcoholic back then, in a special mood, the only reason I had always disregarded alcohol before was because of how harmful it can be when it turns into an addiction. But I did not know that (even though I thought I did) until I experienced it myself. Even if I was more joyful when I was drinking, I found out that this bliss couldn’t last. On nights, I ended up alone for any reason, or times I was offended by the slightest comment, I could do nothing other than blame myself and list all of the things I had always hated myself for. On the warmest nights, as the sun was rising, I often ended up crying by myself in the streets. Crying: something I had never liked to do in front of people. And yet, here I was, expressing all of my pain to the world. Some passerby's had been utterly kind, lending me a shoulder to cry on in order to avoid being taken to the police station. Other people whom I knew had been less understanding, blaming the many drinks I had had before. But although alcohol was surely responsible for the heightening of certain emotions, it was mostly amplifying the way I expressed myself.

As I told the few people who’ve seen me in tears on those days and nights, I was never faking anything when I was telling people face to face how much I wanted to die. I’ve always been a thousand times more honest about everything in that drunken state. When I was deliberately walking on the road in the dead of the night, it wasn’t an action that had never crossed my mind, be it in the day or in the night, month or years before. It wasn’t as if I did not know that a car could run over my dead body. I was not over-reacting. I was not playing a role. These were (are) the times when the mask falls off my face completely and so simply. Honesty is what I’ve been seeking all my life and I found it in alcohol (no, it isn’t the need to forget that has drawn me to it). I know that I have been destroying myself ever since I started drinking. However, it’s not like it was something new to me. I always have felt the pain, always have had the destructive thoughts in my head that led me to isolation and loneliness. In cutting and drinking, I found a way to express the pain to people, the same as in writing I found a way to be honest with myself.

I would like to give up drinking. I would like for the pain to cease. I would love to stop cutting. But most of all, I would be beyond grateful if the recurrent thoughts of suicide stopped once and for all. I can go for days without thinking about it, my motivation rate will increase and I’ll be happier. Yet, at some point, it always comes back. There’s not even a need for a trigger. It is back completely out of the blue. The burden of pain, the burden of life, will feel heavier. I’ll shut down. I see no future for me. I’m stuck, as always, waiting for something to happen to me. Perhaps waiting for the day when something, someone, somehow takes my life back from me for good.

But there is a way out of it. Strength, faith and a willingness to open up will guide us through the darkness. You and I will make it through.

Posted by Little Thoughts From Little People at 10:13