Hey guys! This post is going up a bit later than normal but I have had a fun few days in Manchester with my friend! Since I am going back to University this weekend I will be posting today and tomorrow for this week and then I am not sure how often I will be posting! I am entering my third year now and so I imagine my posts will be going down to one post a week quite soon. Today I am doing another book review. I had never heard of this book before or the author but I spotted it in my library and fancied a read! I also really love the pink cover of the book and I thought the plot sounded interesting. 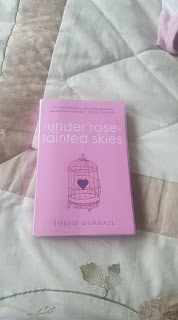 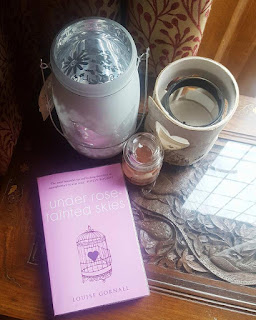 Norah suffers from OCD and agoraphobia and finds it extremely difficult to leave her house. Luke is the new boy who moves next door and Norah really starts to fall for him and he, her.
I can't help but compare this book to Everything Everything which I read recently too as it has quite a similar premise although really they are not that similar!

This book has a really good portrayal of mental health, and Norah's struggle is shown on every single page. Although Luke does help Norah to start to recover, he is not the contrived hero love interest I was worried he would be. Norah starts to get better for herself, it is not like he comes along and suddenly her illnesses are forgotten or anything so obnoxious. He is a really nice character and is supportive of her throughout and really tries to understand what she is going through. I do think this book is one of the best accounts of mental health that I have ever read in a YA novel. The way anxiety attacks are shown in this book are realistic and I think this book is actually quite informative for people who want to know what it's like to live with OCD and agoraphobia.


I liked Norah as a character, she is sarcastic and funny despite her illnesses, and is a quite relatable character. I loved this closeness she has with her mum who is trying her best to stay positive about her daughter. I liked that it is talked about how Norah knows she is being irrational, but at the same time just can't get herself to fully believe it which is a good portrayal of OCD.

The ending was incredibly tense I was on the edge of my seat reading it! I didn't really expect the book to go in that direction and it was quite random. This event changes Norah and her perspective of the scary world. She proved to herself she can go through difficult situations and that when all the things she fears happens (including strangers touching her, being in a germ-filled environment ect) it actually doesn't end up being as horrendous as she thought, so I see why she choose to end the book like that.


"See, anxiety doesn’t just stop. You can have nice moments, minutes where it shrinks, but it doesn’t leave. It lurks in the background like a shadow, like that important assignment you have to do but keep putting off or the dull ache that follows a three-day migraine. The best you can hope for is to contain it, make it as small as possible so it stops being intrusive. Am I coping? Yes, but it’s taking a monumental amount of effort to keep the dynamite inside my stomach from exploding."

I am putting out a a trigger warning of self harm.

I hope you enjoyed this post! Have you ever read this book? What did you think?
Lots of love,
Eleanor x

Posted by Little Thoughts From Little People at 07:20