Hey guys! I hope you are well! Today I am going to be doing the Ultimate Harry Potter tag. I sort of missed this tags hype when everyone was doing it but as an avid Harry Potter fan I really wanted to do it! Plus it feels like it's been a while since I've done an actual tag like this! 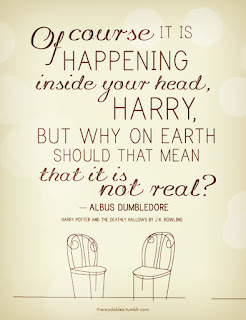 1) Favourite book?
Goblet of fire for sure! I really do love this one, I think I love the first 4 books the best.

2) Least favorite book?
I really love all of the books so this is quite hard! I guess the Order Of the Pheonix just because that is when things start to get a bit darker and Harry really pushes away his friends.

3) Favourite movie?
Philophosers Stone is probably my fave film, it's such a classic heart warming film.

4) Least favorite movie?
I'm not sure, I enjoy most of the films, to be honest. Maybe Half Blood Prince, they miss out a lot of stuff that was in the book, lots of Voldemorts life story.

5) Favourite quote?
" Of course it's happening in your head Harry, but why on earth should that mean it's not real?"

6) Favourite Weasley?
The twins! Can't pick between them

7) Favourite female character?
Has to be Hermione of course, she's clever and brilliant.

8) Favourite villain?
Probably Draco Malfoy, I like a good smarmy villain that comes round in the end!

9) Favourite male character?
Probably Harry which is a bit boring but I really like Harry as a protagonist. Or maybe Ron, his character makes me laugh quite a lot in the books.

10) Favourite professor?
McGonagall! I love her so much, one of my favorite characters in the series.

11) Would you rather wash Snapes hair or listen to Lockhart talk about himself all day?
Ugh... I would not want to wash Snape's hair, can you imagine how awkward that would be! But it would be quicker than listening to Lockhart I guess...

12) Would you rather dual an elated Bellatrix or an Angry Molly?
I mean Bellatrix died fighting an angry Molly so I think I would take my chances with Bellatrix!

15) Would you rather ride a hippogriff or a Firebolt?
The Firebolt I think! I would be too scared on a Hippogriff! Also I really want to fly a broom

16) Is there a character you felt differently about in the films than the books?
I don't think so!

17) Is there a movie you prefer to a book?
No! I love the books so much and they have a lot more detail in so!

19) Your top think that wasn't in the movies but was in the book?
Easy! All the stuff in the Goblet of Fire about Ludo Bagman and Winky and Barty Crouch! There was a lot more there in the books!

20) If you could remake any Harry Potter films which would it be?
I probably wouldn't remake any to be honest! I loved the films although I do think there should have been a few bits of information that could have been added here and there!

21) Which house was your first gut feeling you would be part of?
Hufflepuff! I could just tell that was the house for me

22) Which house were you actually sorted into on Pottermore?
Hufflepuff of course, I am the most Hufflepuff person you will ever meet.

23) Which class would be your favorite?
I think I would really enjoy potions actually as long as Snape didn't teach it (he would definitely scare me)

24) Which spell would be most useful to learn?
Expellliarmus maybe? Seems to work pretty well for Harry! Also, Alhohamora would be useful to open doors and Accio too, so I don't have to get off my butt if I want something!

25) Which character would you be instant friends with?
I think I would get on pretty well with Harry actually.

26) If you could own one of the three Hallows what would it be?
Definitely the cloak! That would be amazing.

27) Is there any aspect of the book you'd want to change?
I talked about it earlier but I really don't like that Harry pushes away all his friends in the 5th book! Also basically all the deaths!

28) Favourite Marauder?
Sirius! I love Sirius and I would love to see what he got up to when he was younger!

29) If you could bring one character to life who would it be?
All of them!! I am so sad anyone died in these books I loved them all! I would probably say Dumbledore though or Fred.

30) Hallows or Horcruxes?
I would pick the Hallows I guess, sounds less painful that splitting your soul!

That is all 30 questions! I hope you enjoyed this post!
If you want a go please feel free.
Lots of love,
Eleanor x

Posted by Little Thoughts From Little People at 07:17