My February in pictures

Hey guys! Today I am doing a relaxed chatty what I've been up to in February/ my February in pictures. This month has been quite busy and I've been up to some really amazing things so I thought I'd show you through my pictures, in quite a similar way I used to do over on my life blog.

Firstly, as you guys know it was my birthday on the 5th of feb and I came home from uni for the weekend. On the train home I started reading "A little something different" which made such a lovely train read! 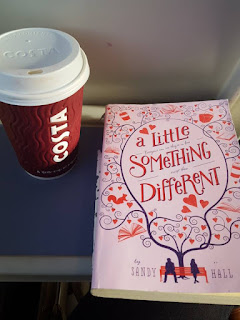 For my birthday weekend, I went for afternoon tea with my mum at Hotel Chocolate which I loved! It was so nice! Then later that day I went to jump arena with my boyfriend, friend and her boyfriend which was so much fun. In the evening they came back to my house and we played loads of games and had a good laugh! 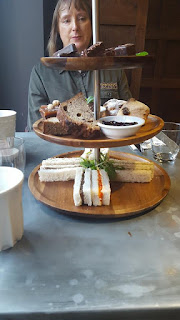 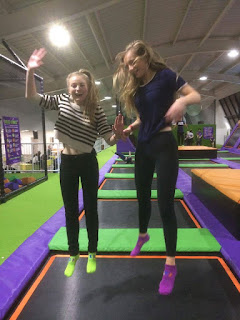 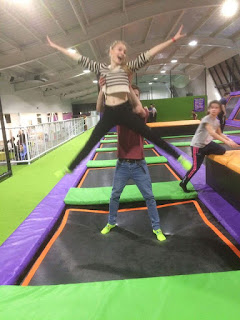 On my actual birthday, I opened all my presents and had a lovely Sunday dinner with my family and picked out a cake, which was so yummy! 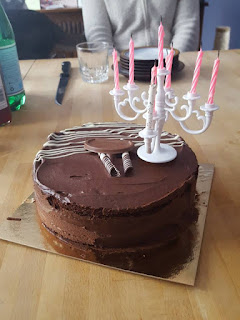 Unfortunately, I had to go back to uni on my birthday, back for a stats exam! I get the results back this week so fingers crossed. 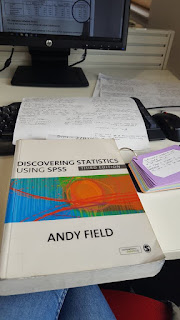 After my stats exam was over I went out with my flatmates and had a lot of fun. 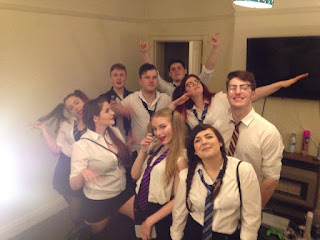 Then it was valentines day and me and my boyfriend celebrated by going to Annie's Burger Shack in Nottingham which was amazing, they have loads of cool burgers. I got a fajita burger and my boyfriend got a Sunday lunch burger which came with roasties and a Yorkshire pudding! After we went down to the bar underneath and they have board games and an old fashioned video game console there so we stayed for a drink and played some games which was lovely. 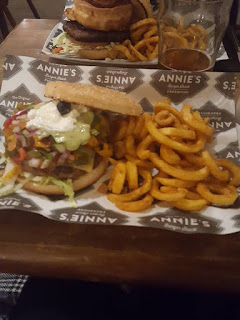 Later on in the month (The weekend just been) I went home again to see Cirque Du Soleil which was fantastic! I would recommend going to see it if you ever have the chance! 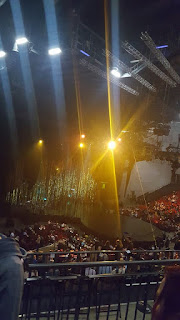 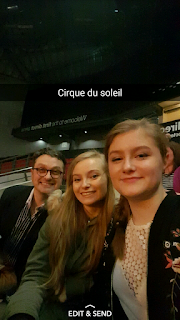 I also have some really exciting things coming up next month! Firstly, I am helping to run the @abunchofgirls twitter account so it would mean a lot if you went over and gave it a follow! Also I may be auditioning to be an extra in a film this month! It's a bit up in the air so I'll let you guys know how it goes over on my twitter (@ellie_smithxo). Another exciting thing is I'll be starting my volunteering this month, for a charity in Nottingham called Improving lives. I am quite nervous as I have my first shadowing session on Thursday. Finally, my boyfriend's band have their album launch this month that I am going home for so that will be nice!

I hope you enjoyed this post! What have you been up to? Do you have anything exciting coming up?
Lots of love,
Eleanor x
Posted by Little Thoughts From Little People at 08:51