Hey guys! I am back with another book review. This is a book that I was sent to have a read of and I was so intrigued about the plot that I found it difficult to resist. This is a book about a woman who marries herself. Yep, you heard me. The author was so influenced by writing the book that she went ahead and did it to, in real life. You can read all about that here if you're interested. You guys know I love self-love and self-positivity so I thought this book would be right up my street. 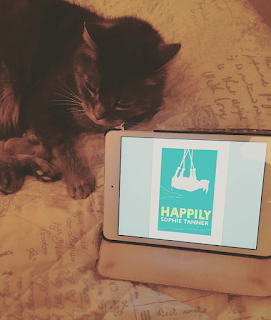 This definitely is a really unique plot line which is what drew me to it so much. I actually liked the characters and the main character although there were some plot twists that were rather unbelievable. Furthermore, I thought the book felt a little rushed in places for example when Chloe first comes up with the idea to marry herself it is a drunken idea in the first chapter. If I didn't know already what was going to happen I would have found it surprising that she acted on something which seemed like a funny idea, not something serious so I thought that the actually idea of marrying herself needed a little more thought behind it.

(spoilers, skip this paragraph and go to the next if you don't want any...) As the book develops, Chloe finds herself falling in love with the camera man and at the end, they end up together. I have mixed thoughts on this,  firstly it annoyed me somewhat that a book written to celebrate being single included a love line, and you guys who read my book reviews know how much I hate romance in books at the best of times, especially if written badly. However I think one of the underlying messages of the book was that loving yourself and loving someone else is separate, and I guess the author kind of had to show that being with someone else is okay, and you can love yourself and another.

I really liked the inclusion of LGBTQ characters and a cross-dressing man which is always nice to see in a book and it was quite a humorous book in places although in other places it seemed a little bit try-hard on the humorous front. The book had some parts that could have been written better and some rather odd phrasing but overall I would recommend this. It's a really short read and it's quite refreshing.  You can get it for 99p on amazon here.

Lots of love,
Eleanor x
Posted by Little Thoughts From Little People at 09:02