Hey guys! This is the last mental health awareness post! Thank you all for sharing my posts and whatnot and I hope I've helped in this past month!
The final disorder I want to talk about is depersonalisation disorder. This is where someone has feelings of detachment from their own body, thoughts or emotions, feeling like you are in a dreamlike state. They may not see their reflection as their own and have outer body experiences. In addition, their inner turmoil can cause anxiety and depression. 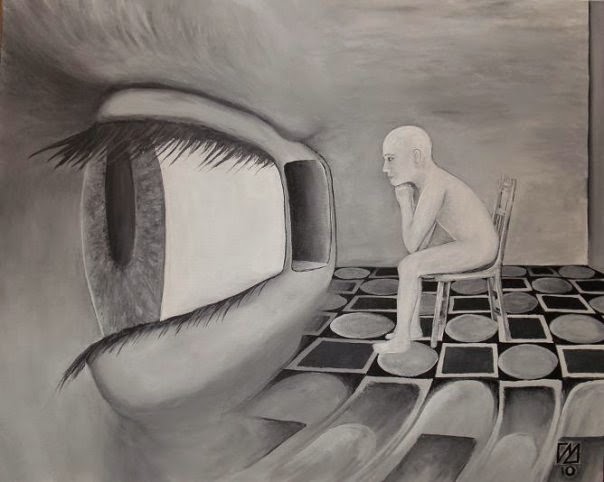 It is thought to be largely caused by severe traumatic life events such as childhood abuse, accidents, war and tourtue. It is not a psychotic disorder, this means that the person is aware they have this and can distinguish between their own experiences and fantasy and their grasp on reality stays stable.

The symptoms are common in one to two percent of the population and chronic depersonalisation in about 0.1-1.9%. People with depersonalisation disorder often think about the nature of reality and have an uncontrollable urge to question society and ask deep philosophical questions. Some patients also have hallucinations and may feel as though time is passing but they are not present in this time.

Patients may also have de-realisation, which is where they believe their environment is is lacking in colour and depth , the world seems unreal to them. 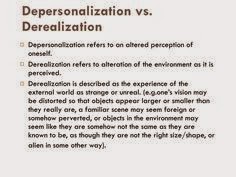 Depersonalization is the third most common psychological symptom, after feelings of anxiety and feelings of depression. It can also accompany sleep deprivation (often occurring when suffering from jet lag), migraine, epilepsy, obsessive-compulsive disorder, stress, and anxiety. It can be a side effect of many drugs too,

I hope this has educated you! Thank you again for all getting involved, but of course this isn't the end of mental health awareness and it's up to all of us to make others aware of issues and to work on improving how people see them in society!
Lots of Love
Eleanor x
Posted by Little Thoughts From Little People at 06:24