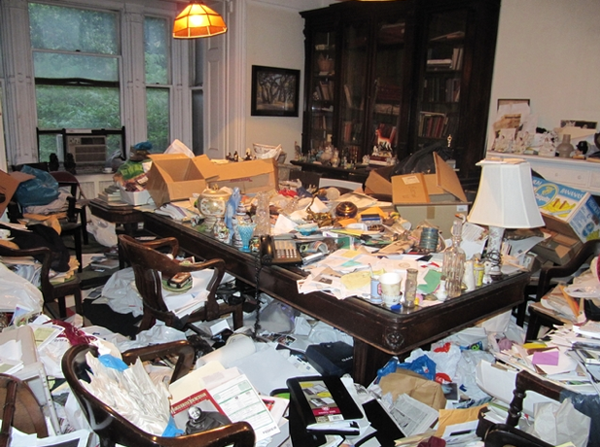 Hey guys! Apologies, this is a few days late! Nevertheless the mental health disorder I want to talk about today is hoarding disorder which I think sometimes lots of people forget about. Compulsive hoarding is when people excessively acquire items that have little value and cannot throw them away. This may become a problem as the junk may fill up peoples houses meaning they have little space or have unsafe environments.   People with hoarding disorder may also have OCD which is why they feel the need to compulsively buy things.

Hoarding disorder can be difficult to treat as often people don't realise it is a problem, or see their hoardings as things that they need rather than it just being useless. However it is really important to see someone about it as it can negatively impact people social lives, their jobs and families. People with hoarding disorders may state that they "may need this later" or "If I buy this I'll be happy" or "I will feel loss if I throw this away." Attempts to throw things away can  give people a very strong sense of loss or guilt and so it puts people off making decisions. Compulsive hoarding is often associated with family history of hoarding, previous deprivation, anxiety, depression, social anxiety struggling to cope with the death of a loved one and a lack of relationship with friends and family.

Someone who hoards typically keep things of little or no use such as carrier bags or broken things, they may become extremely attached to items and not let other people touch their things, they have difficulty doing everyday activities and making everyday decisions. Studies suggest it can start as early as 13-14 years old with broken toys and school papers but it can often start even younger. It is estimated around 2-5% of the British population have it.

If you know someone with this or suspect that this is a super big problem for someone don't ignore it because the media has taught you this is something to be laughed at!
If you would like to talk about your experiences with this or with another mental issue please email me at smitheh01@gmail.com so we can raise more awareness!
Lots of Love
Eleanor x
Posted by Little Thoughts From Little People at 05:23