It doesn't matter how much or how little makeup you wear 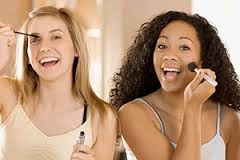 Hey sweeties, this little thought is on a topic that I have seen in everyday life for a long time. The first time I think I ever had seen the make-up/ no make-up debate was when I was in year seven and make-up started to be more common for girls to wear. Unfortunately, both boys and girls shame other girls or boys for how little/ much makeup they wear. If people are wearing "too much" makeup somehow it makes them "less real" than other girls. Like wise if girls are wearing no makeup sometimes people say they're "Uglier."

I'll never forget in year nine when my friend put a status saying "How are girls less real for wearing makeup? They're still girls." and got quite a lot of hate from people saying that it makes them look "slaggy." Is it any of your business how much make-up a boy or a girl wears? It doesn't make you special that you don't wear make-up it's just a choice.

Granted there is  limit and if someone is going out with make-up that isn't right for them or foundation that's clearly wrong, then that's up to family of friends to tell them, not for you to judge them in the street or label them as "sluts" or to tell them they're not real.

If people don't want to wear make-up then they don't have to. I remember I never particularly wore make-up everyday until into year nine or ten and that's okay too, it's your choice, don't listen to people who tell you you have to wear make-up or have to look a certain way.

Lots of people think its strange if boys wear makeup but I don't think so, people should just be left alone to do what they want. Many boys will wear concealer to cover up spots and whatnot and some will even wear mascara or eyeliner. At the end of the day it's not up to you what someone else does with their face and besides, guyliner looks great. 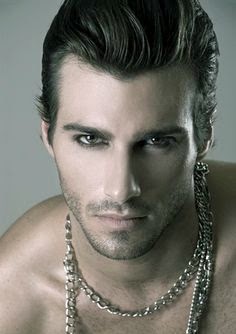 Lots of Love
Eleanor x
Posted by Little Thoughts From Little People at 11:08