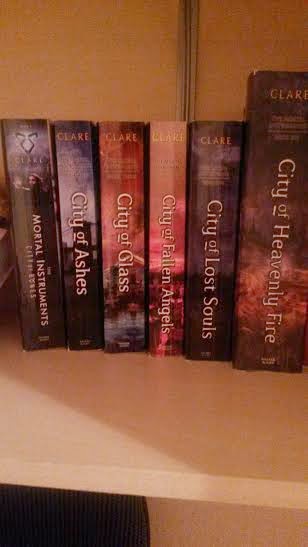 Hey guys! It's been a little while since I did a book review but I actually have another one planned for next month (She say's having not planned next months blog posts yet.) I have wanted to review these books for a while but always promised myself I would wait until the final book came out.

Characters
I really loved the characters in this book series. I liked Clary as the main protagonist and I felt like she was a really good lead female. In comparison to other female protagonist's that are in popular YA books at the moment, Clary is one of my favourite. She's very "relatable" in the sense that on the whole of it, she didn't make any decisions I was annoyed about (although there may have been a few.) Plus she had the ability to love which is something that gets lost sometimes in fantasy in that the main character is too cold hearted so it makes the book less enjoyable as I can't put myself in their shoes. Having said that, she wasn't one of the characters in the book that really leaped off the page for me. I also loved the other characters, personally, my favourite character was Magnas as he really came alive for me and I really loved his sense of humour and his comedic relief in the books. I loved Isabelle too, as she was a kickass and loved beauty and fashion which is something quite refreshing and although Jace sometimes irritated me, I also liked his comedic bits, especially when arguing with Simon. I also liked the fact there were gay and lesbian couples in the books which is again something that isn't regularly seen. 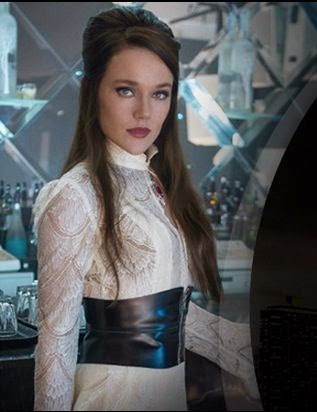 Plot and the ending of the series
(This contains spoilers for the series)
I had a few mixed feelings about the plot line somehow. In the first three books I really enjoyed it. I really enjoyed the protagonist and antagonist battles and I liked Valentine as a villain and I really enjoyed the twists and turns in the book as it continued something which Clare is a master at. For me however, the rest of the series wasn't so good. I didn't like Sebastian as a villain. The final book insinuated that Clare quite liked Sebastian as before he died he turned good, leaving us with the wish that he hadn't died somehow despite all the horrible things he had done. I felt a little sympathy but no where near enough for me to actually wish he hadn't died. I also didn't like the ending, I reckon this is a fairly debated topic. That moment when they're deciding who should make the sacrifice and Simon looses his memory I think was the wrong choice. I hated that he forgot Clary and didn't get his memory back fully. As much as I love Magnus, for me the ending that made more sense would be if he had died. It makes more sense that that happens but I'm glad it didn't or I would have cried so much! She also brought in Tessa from her other series (which I'll be reading soon) which in my opinion was a little clumsy. I haven't read the other series but I think it's a spoiler in it'self that she appears in this series and it was as if Clare couldn't help herself but bring other characters into the stories which is  little frustrating. Although there were a few things I disliked, the writing was very good and I was often on the edge of my seat while reading it. It was a captivating read and an amazing world that I wished to be apart of.

Love
I actually liked that Jace and Clary got together and it was predictable. I hate predictable love, I just hate it I think it spoils the book hugely but in this instance I think it worked. Maybe because the other loves in the story aren't predictable at all. I'm not a massive shipper of Isabelle and Simon. I don't know why but for me they just don't go together at all. I am however a huge shipper of Alec and Magnas, if I had to be the teenage girl I am and pick an OTP (One true paring) for every YA book I had read, Malec is it. I like that Magnas is funny how Alec is serious but they work together so well. 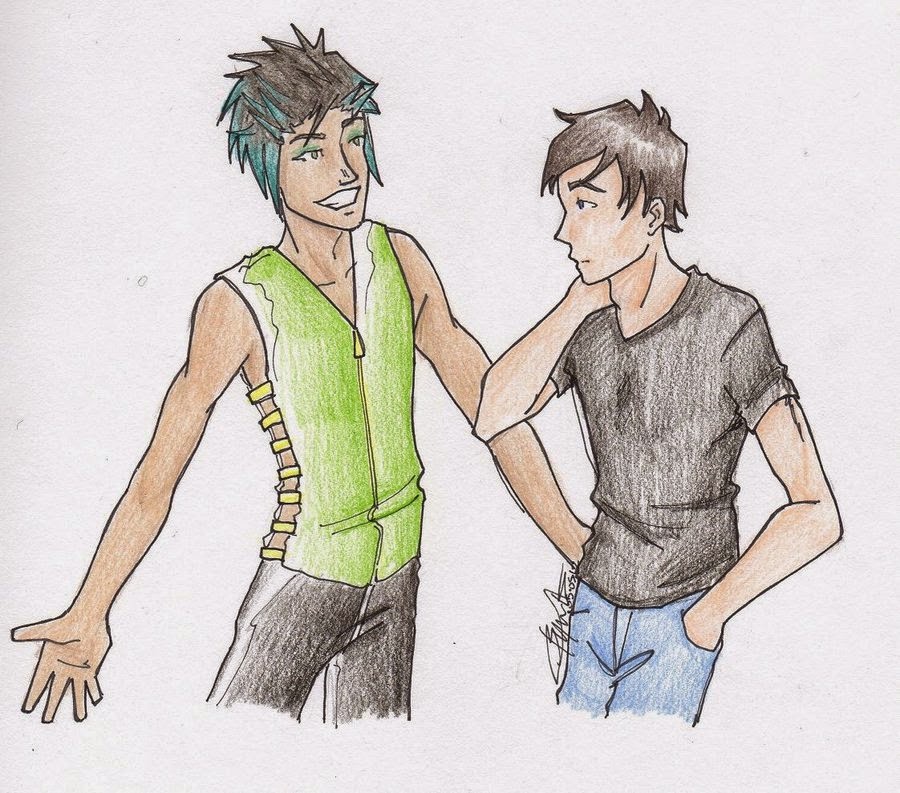 Anyway that's about it I think, overall I'll give the series 3.5/5 because although it had a lot of things I disliked about it, I really got into the world Clare created  and I thought the writing and imagery was beautiful. There wasn't anything that I  hated about the book series just a couple of things I would have preferred to happen/ not happen for example I would have preferred Valentine to stay the villain and Sebastian to have died in his place.