What to do when you're bored! 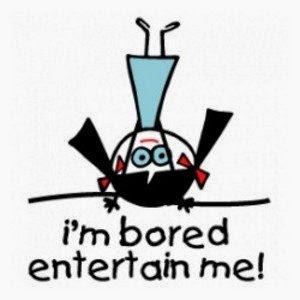 Hey Guys! Many people now have finished exams and so on, a massive well done to you if you have and if you're on my year, suddenly you find yourself with a week or two before having to go back to school again to start year 13, or you may have completely finished your GCSE's and don't have to go back at all. In any case, despite the new found feeling of relief and happiness, you may find yourself becoming a little bit bored. So I've come up with different things to keep you entertained and generally help you stop sitting around feeling bored without revision to do.

Apps to download:
-Tapped out, The Simpson's: rebuild Springfield after homer ruined it all. So much fun
-Quiz up: Hudreds of quizes you can battle against people from all over the world literally my favourite thing, battle me too, add me, Eleanor Smith. There's even a fault in our stars quiz.
-High school story: I've blogged about this before, make your own highschool. Still my fave.
-Tippy Tap: Don't tap the white squares
- Geometry dash: My sole reason for the probable failure of my a levels. This will keep you entertained for hours, or at least until you throw your phone out the window in frustration.

Movies:
If you're looking for film suggestions look no further
-The first time
- Pitch perfect
- Bad Neighbours
- Easy A
-The breakfast club
-Juno
-This is the end
-The kings of summer

Books:
Some of my book recommendations:
-The Book Theif: This book killed me. That is all.
-Viral series: seriously, if you're looking for a new series to get into these are literally amazing, written by author Kathy Reiches who wrote the Bones series which is now a tv series. In true Reiches style they are mysteries, but with a twist as Tory and her friends realise they are not entirely human...
-Why we broke up: I read this book last year on holiday in France, it's a mixture of pictures and the whole book is a long letter, really enjoyed this book.
-Knellers Happy Campers: This is a strange short book. It's about a boy who commits suicide and finds himself in a world where people go when they commit suicide. There is actually a film adaptation called wristcutters: A love story which i need to get round to watching.
- Paper towns: Where would this list be without a John Green? This is my second favourite of his after the fault in our stars.

Youtubers:
PewDiePie: A youtube Gamer
danisnotonfire: The one, the only.
Crabstickz: Love him
Nigahiga: This guys videos are so pun-ny

Okay Guys hope these have helped you from dying of bordem, if you want me to make more of these posts just ask me too!
Love you lots,
Eleanor x


Posted by Little Thoughts From Little People at 14:36