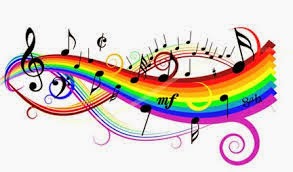 Happy Tunesday everyone! Before I get started I just wanted to say that this month is exam month so ill probably only do one post a week maybe even less than that I might only get one or two posts done this month but ill be returning June properly to get back into my usual stuff! Lets have a look at the chart this month!
1) Waves- Mr Probs
I actually never heard this song and just had a listen to it, there are two versions the remix and the original. The remix one is in the charts at the moment but I actually prefer the original more I think the original feels like it has more meaning but then the remix is really good too.

2)Hideaway- Kiesza
I watched Greg James (radio one dj) spoof before I watched and heard the actual one. It's always stuck in my head too. It can't just be me, La Roux much? its got a great video and a super catchy song, I think we'll be hearing loads more from this girl!

3)Nobody to love-Stigma
The beginning of the video sounds kind of weird and then it bursts into a really nice piano solo which kinda makes me want to learn it. I really love the beat in this song I'm always tapping my feet to it its really hard not too.


4)All of me-John Legend
After discovering this song last month I've been listening to it a lot this time. And I mean a lot, my sister learned it on the piano and so she's been playing it non stop all month and I haven't got bored of it yet. Such a beautiful song.

Omg i just listened to this and i didn't even realise the song was called this, I've been hearing this song so much this month and I didn't even know it was this song. Its such a  summery dance around the room song, love it!


6)Calling all hearts- David cassidey ft jessie J and Robin thicke
I really dislike Robin Thicke because of blurred lines and the whole he's a complete asshole thing so I didnt really want to watch the video and as I suspected it seems he still needs girls dancing on him. Despite that the songs quite good but I think after a few times of hearing it ill get a little sick but we'll see.

7) Welcome to the Jungle- Neon Jungle
I love this song and Neon Jungle. I've been listening to it for ages I'm so glad it finally made top 10!

8)Touch- shift k3y
I like the chorus but I don't really like the verses I don't know I'm not into this kind of music really but the chorus has been stuck in my head a lot.


9) stay high- Tove Lo
I really liked the video for this how it was all taken from a girls perspective at partys and stuff I liked the message too that partying and drugs was making her happy momentarily but actually it wasn't making her happy at all, don;t think id like the song without the video though.


10)Happy-Pharell Williams
Does it need staying? Still hanging in their by a thread and guess what? I'm still not sick of it yet.


What I've been listening to this month:

If you want to listen to these songs ive made a playlist of them so you can listen to them anytime: https://www.youtube.com/playlist?list=PLQe1vVR4il2jYlEdLmMaEH8Ok6jqdvZ1r

Artist to watch
Ella Henderson. Last seen on x factor the 17 year old girl is back with her new single ghost which you defiantly need to listen to. Will she be the next x factor to chart star? I think so! Hopefully she'll follow in the likes of Leona Lewis and One direction and not in the footsteps of Leon Jackson!

Hopefully i'll see you a little in may and should be back at the end of May for tunesday! Love you lots lil music lovers!
Eleanor x
Posted by Little Thoughts From Little People at 11:07