Hey lovelys! One thing that has been written in my little book of blog posts I need to write for like forever is a post on gay rights and stigma, because of the policy saying gay people can now get married and all the controversy in Serbia about Gay right's I thought finally I'd get round to doing one! (Phew that was a long sentence, kinda forgot punctuation existed.) For starters I have literally no problem with any sexuality people want to have, whether you're gay, straight, bi, pan-sexual, asexual what ever you are you you go for it. I have lesbian and transgender friends so for me it's literally no big deal at all having had gay people around me all the time. I actually think homophobic and people who think that it's okay to make fun of different sexualities is disgusting and although people think it's "wrong" or "unnatural", the truth is there is nothing wrong and unnatural about falling in love (or even choosing not to fall in love with anyone.) Just because it's two males or two females doesn't make it any less natural. I also hate people who have a go at Christian's saying that they're all homophobic, I'm a Christian and I'm pretty sure you just heard me say that I literally have no problem with different sexualities. Sure, their are Christians who think its wrong, but then there are athiests who think it's wrong and Muslims and Buddists who disagree too so just blaming a certain group in society and thinking that they are all homophobic is kinda disgusting too. I was watching gogglebox and there is a Reverend on it and the program they were watching was to do with gay marriage and she was all for it and said something along the lines off "if we're going to take one verse in the bible literally we might as well take them all literally" and it's true like I don't think we can take it literally all the time and this is one of those times.

Anyway wanted to get that out of the way with it wasn't the main reason I wanted to make this post. I did however want to bring up the fact that 82 countries have anti homosexuality laws which actually shocked me. I think we're all pretty naive sometimes and unless we have actively googled (like me) or heard on the tv or radio how many countries have these laws in place you (like me) probably didn't realize it was that many. Sure you saw the news about anti homosexual propaganda in Russia and the gay pride being banned in Serbia but I know I didn't realize there were actually countries with laws in place, which seems silly I didn't know that I probably should have. I think there is something wrong when people can't just accept that people are in love. That's all it is folks. It's two people in love. Even animals can understand love. The fact that it is 2014 and people can't get their head around that some people are in love with someone of the same sex kinda sickens me a little. It's human rights. It's not like they're getting it on with slugs or something it's just people wanting to live together and if you can't get your head around that you need to have a look at yourself.

That was a bit of a rant actually I didn't even see it turning into such a rant when I vaguely planned it out huh! I should hopefully maybe see you Friday if not next week.
love you all and remember to live in harmony (deep ending to the post.)
Eleanor x 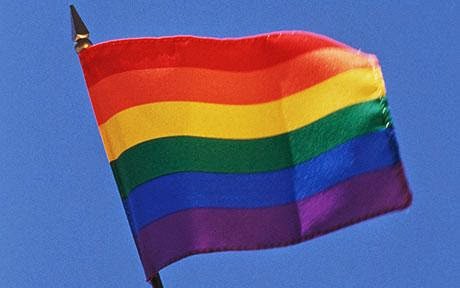 Posted by Little Thoughts From Little People at 12:59