Catch up sesh with Eleanor:My birthday, Mayday Parade and 100 followers 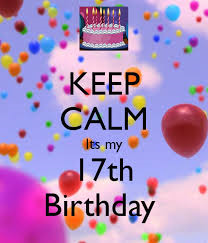 Hey guys, I decided we had''t had a little chat in a while so once every few months I promise I'll do a catch up session! So on Wednesday it was my 17th birthday! I need to get round to changing my age on my blog hmm. I got a new phone finally having being using Lucy's aunty's old nokia for the past month (seriously, it had snake and everything) so i have a samsung galaxy s4 mini in case you were wondering. I already adore it. Also driving lessons, a new outfit from lipsy (ill have to post pics) a digital photo frame and a new game. my present from Lucy was tickets to see Mayday Parade the night before my birthday. Those of you who know me know that Mayday is my favorite band ever next to the killers and to see them live was a dream come true! I was so worried before hand because I still have this virus thing which seems to be lasting for months so I was a little worried I'd feel ill or sick but after some strong tablets and cups of peppermint tea ( instant remedy for everything well recommend) I was fine and actually really enjoyed myself! One thing to knock off the bucket list! The final exciting thing that happened this week was I reached 100 followers on bloglovin! Thank you all so much for following and commenting and liking my posts it means the world to me, gah.
Tonight i'm going to a new Italian that just opened up so that should be tasty!
Thank you all again and I'll speak to you soon!

This week I am reading: An abundance of Katherine's by John Green.

Eleanor x
Posted by Little Thoughts From Little People at 09:56