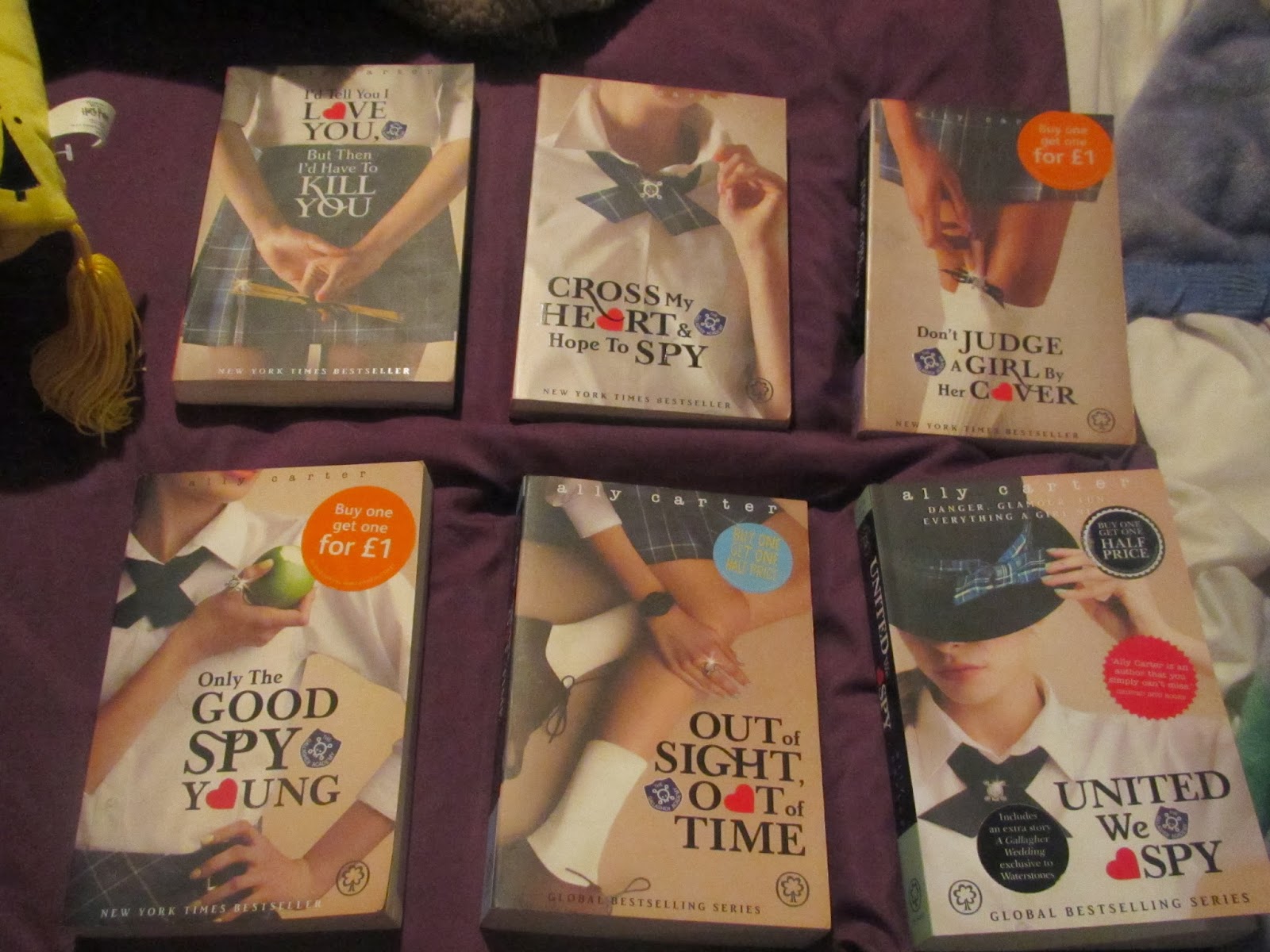 Hey guys, today I'm doing a book review on a series I finished before Christmas. The series is called the Gallagher girls and there's six books in the series. They're written by Ally Carter who is an American writer. As well as this series she also has another called Heist Society which I never got into as much. Both series are based on a girl who lives a very different life to most girls. Cammie in Gallagher girls, is a spy and goes to a school for spies where her mum is the head teacher. I enjoyed the series as it went on, not being too impressed with the first two books as they were a bit of a let down plot wise I think but the last two books in the series were amazing and often had me on edge. In the first few books Cammie was having adventures with her friends, Liz and Bex and former enemy Macey. I actually loved the characters and the idea on a whole, it made me wish the Gallagher academy was real like Harry potter made me whish Hogwarts was real and any book that can do that is powerful. Throughout books one and two Cammie is torn between two boys, even spy's in training who can speak 14 different languages have boy trouble too! Then in three and four they go on other exciting assignments. Book five and six are a lot darker than the rest of the series. Cammie loses her memory and spends the year trying to piece it back together bit by bit and as she gets older the mystery of her father dying and who can she trust and who cant she trust becomes really exciting. Book six is climactic throughout the whole book and had me gasping as some points I couldn't put it down at all. Even though I said the plot was a little disappointing at the beginning, it gives a lot of chance for character building and makes us fall more in love with Cammie and her friends and the gorgeous mysterious Mr. Joe Soloman. I bought the first two books when I went camping one time and realised I hadn't anything to read and then I bought the next two after and 5&6 when they came out. When I had finished the last book I was actually sad that it had finished. I didn't realise quite how much I had got into the series until it was finished. They're fast moving, fun, glamorous, mysterious, and a downright good read. I'd probably say the series was aimed at girls more so than boys and between the ages of about 12-17 but I think anyone could give them a read and fall in love with them like I did. I'd give them 4/5 altogether and I'm still holding onto the dream I'll one day be a Gallagher girl, should definitely be made into a film! *hint hint*

Next week I'll be doing a post on weight issues so I'll see you then!

Eleanor x
Posted by Little Thoughts From Little People at 09:25